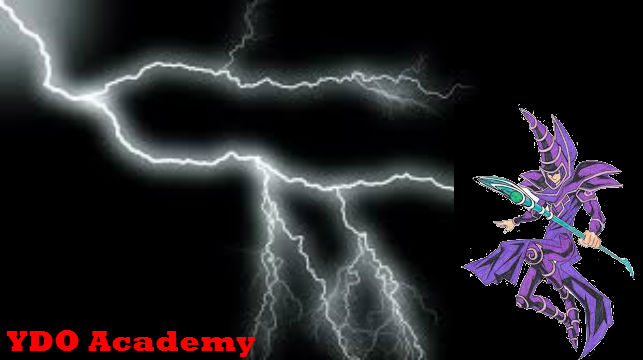 Where the stongest of the strongest lay.

Card of the week 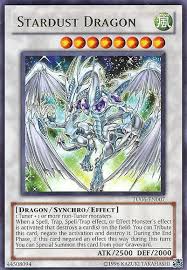 Who is online?
In total there is 1 user online :: 0 Registered, 0 Hidden and 1 Guest

im a bit lost of what you are trying to mean

U are supposed to tell how this card(card of the week is in top left corner) is good or how this card is bad . after ur explanation u get 50 only for one card

this card is strong.Where is my 50 DP?

Seriously?I told u to write ba explanation like 3 paragraghs.So no DP until u complete it

3 paragraphs is over kill... 50 DP for this is also a tad rediculous xP

Galaxy-Eyes Photon dragon is an overall strong high level monster (Lv 8 ). As we know.......... all lv 7-8s(exept some monsters) requires 2 tributes for its normal summon..........which is a gr8 pain( i mean: c'mon for 2 tributes we need to w8 until we get 2 monsters on field,and we also need 1 more extra turn to normal summon the lv 7-8 monster, cuz only one normal summon per turn), BUT this card has a special effect which allows to special summon itself by tributing 2 monsters with 2000 or more attack, which is a gr8 plus point, cuz there is no limit to special summons(unlike normal summon).

This card also has another awesome effect, which is "During either player's Battle Step, when this card battles an opponent's monster: You can target the monster this card is battling; banish both the opponent's monster and this card. At the end of the Battle Phase, return any monsters banished by this effect to the field, and if the other monster was an Xyz Monster, this card gains 500 ATK for each Xyz Material it had when it was banished."
This effect is a quick effect and can be applied during either players turn which is another plus point.

suitable decks for this card:

1)Galaxy-eyes photon deck:- Obviously this deck is most suitable for that card and most of the monsters of these archetype has 2000 and higher attack and some monsters can be special summoned too.

2)Hieratic deck:- This card can be a gr8 advantage to hieratics, as we know that all hieratics can special summon a normal dragon type monster from deck(and make its atk and def 0) when it is tributed.Plus almost all hieratics have attack higher than 2000. so u can combine galaxy-eye photon dragon's eff to hieratic's eff which will give u an additional 2 normal(any level) dragon type monster for a xyz summon or a synchro summon.


Suitable cards for this deck(other than cards from its own archetype and hieratics):

1)The Tricky:- This card is a lv5 monster with 2000 atk which can be special summoned from hand by discarding a card.So it can be really effecient as it doesnt waste ur normal summon.

2)Overlay booster:- this card can be special summoned from hand if u control a monster with 2000 or more attack.So This card is also very convinient as it saves ur normal summon.

3)any lv 4 with 2000 or higher attacks:- some examples= goblin attack force, tardy orc, zombyra the dark, etc............cuz these cards can be treated as tribute for galaxy-eye photon dragon's special summon


These are my opinions on this card.Plz tell me if i said wrong.

(message was removed cause of copying the message of othere participants)

^ u just copied what guy before you said...

where is my DP?

this monster have ? atk but its a powerful monster than you think
becuz its eff make hem gain 1000 for eatch dinasour is removed from play.

if you use cards make monsters removed from graveyard to the banished side and you make a good dinasour deck that will make hem a powerfull monster
that means if you have 10 or more dinasour is removed from play that make him 10000 atk and you do not need to tribute any monster to play him. 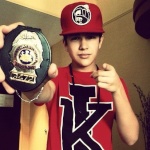 WTF. i told to write about Card of week not to make ur own or nything

sephylon, the ultimate timelord its a powerful monster have 10 stars
as we know 10 stars monster need 3 tribute but this monster can be spacial summon if you 10 or more monster in the grave yard

card can be useful with this monster
1)_foolish burial : so you can discard monster from deck and
wulf, lightsworn beast is best monster to discard is dawn knight or felis, lightsworn archer

2)_kuribandit : this card is may be useful to becuze its send the top 5 card to grave and chose spell/trap card from the 5

3)_lavalval chain : you can chose to send one card or make monster in the top of the deck

Card of week is Galaxy-eyes photon dragion for this month(domnt have time to change it) .And u were talking about something else,

The card of this week is stardust dragon:


This card is (with no doubt) the most common lv 8 synchro monster in YuGiOh. I doubt that there is hardly any duelist who doesn't know this card. This is card was the signature card of the protagonist in the YuGiOh 5D anime series.

Now this card became the card of the week because it is worthy of being it.It has a pretty high attack of 2500 and also has a good defence of 2000.

But its attack and defence didn't make it worthy of being the card of the week. It is its awesome effect..........WHICH SIMPLY ROCKS!!

This card can negate any effect that would destroy a card(s) on the field.Its effect can be activated during either players turn, which is very very convinient...............like for example ur opponent activated Dark Hole or Torrential tribute or maybe Judement Dragon, but if u have a Stardust on field, ur problem is solved. Just tribute it and all ur opponents plans r shattered.No Dark hole.No Torrential Tribute.Even no MST(LOL).

Another thing i like about this card is that it is unaffected by skill Drain, so which means, a combination of Stardust Dragon and Skill Drain is deadly

*Plaguespreader zombie + Destiny hero mailcious(The most common one.): This combo doesn't require much skill.All u need to do is send the 2 cards to grave(with Foolish Burrial, Armagedon Knight or Dark grepher, etc). Their effects can summon themself from grave and deck.And there u go........u have a lv 2 tuner and lv 6 monster on field, The perfect ingredient for Stardust Dragon.

*Any lv 3 tuners(such as Junk synchron, Genex ally birdman, etc)+ The tricky: The tricky is one of my favourite old school card.Its so old, that many people dont even know about it.Its a lv 5 monster with 2000 atk which can be special summoned from hand by discarding a card(So this card can fit in any kind of deck).The trick is, special summon tricky, then normal summon ur lv 3 tuner(or special summon, if possible) and there u go........Stardust in First Turn.

These are some basic ways to summon stardust.You can also summon him with countless other cards too.This card can fit well in an artifact deck too. (All artifacts r lv 5)any artifact monster + any lv 3 tuner.

Thus this card is the CARD OF THE WEEK!!

Page 1 of 1
Permissions in this forum:
You cannot reply to topics in this forum
Search
Latest topics
» Sorry for being awayfrom our academy.

» Anyone want to go at it with me?

» How to Know if u have a GOOD Deck